Accountability reporting in the social sector 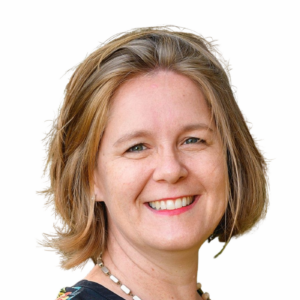 Last night I was in a rehearsal for the Kampala Symphony Orchestra where I play percussion. We were practicing Dies Irae from Mozart’s Requiem, which has an impossible number of insanely fast notes depicting hell. Our conductor said to the violins, ‘If you are struggling with all the notes, just play on the main beats – it is better to have fewer notes in the right places, it gives more clarity’. Still all the violinists, even the ones in the back desks who were struggling, persisted in playing all the notes, because they didn’t want to be seen to admit defeat – it was psychology. The conductor invited them to opt for the simpler approach three times in different ways: ‘I can’t emphasise enough, it is perfectly acceptable, indeed better, to play fewer notes if you can’t play all of them’. Still they struggled on, no one wanting to be seen to take the ‘easy option’.

Finally, someone explained that the conductor was trying to find a polite way to say ‘back desks – please don’t play all the notes as it’s making it worse, and it will be better if you stick to the main notes’. They got the message. The music sounded electric.

When it comes to financial reporting standards, the ‘impossibly complicated’ equivalent is the International Financial Reporting Standards (IFRS). There are more than 2000 pages, covering topics such as Earnings Per Share (IAS33), Mineral resources exploration (IFRS6), & Financial Instrument Disclosures (IFRS7). These are all well and good if you are a global company listed on stock exchanges, which is who the standards are primarily written for, but it doesn’t apply to the vast majority of us.

Mercifully, in 2009 the ‘conductor’ of the financial reporting orchestra (the International Accounting Standards Board) suggested a simpler version, that could provide more clarity by focusing on the most important bits. Only 250 pages! Excellent! Except for the name. They called it International Financial Reporting Standards for ‘Small and Medium Entities’. ‘IFRS for SMEs’. Professional accountants in Uganda at least aren’t as keen on it as you would think, because it seems to feel a bit like being told ‘If you can’t play all the fast notes, then just play the most important ones’. There’s a psychological push-back to the name ‘small’ in the title.

But let’s take a look at how the authors define ‘small and medium’ – is it to do with size, income, staff etc? Surprisingly, it says it is aimed at ‘profit making entities that do not have public accountability’, ie are not listed on a stock exchange. In many developing countries with nascent stock exchanges that is the vast majority of companies, and ALL not-for-profits (NFPs).

Now, those of us in the NFP sector still have a problem, because even the easier-to-play version, is aimed at profit-making entities. The entire conceptual framework, the measurement, recognition & disclosure requirements, even the very notions of performance and position, are based on the premise of profit as the primary purpose.

Therefore, although the IFRS for SMEs is a welcome simplification, it’s actually in the wrong key for the music being played by the NFP orchestra! It doesn’t fit. In fact, many NGOs basically sideline the IFRS and report in whatever way makes most sense in their context. But then we get inconsistency which erodes trust in the sector.

Some countries like UK have specially written standards for NFPs, but they are not applicable elsewhere and very few people in the developing world are trained in them. So what is an NFP in a developing country to do? Well, in Oct 2015, ACCA Global and the UK Charity Commission wrote a fantastic Companion Guide for how NFPs could do their financial reporting. It plugs all the gaps in IFRS for SMEs, gives clear guidelines on which choice options are most applicable, and calls out areas where following the rules for profit making organisations is actually misleading and wrong for NFPs.

So what does this mean for you?

We now have a score in the right key that gives us simpler notes, that result in more clarity. And more clarity in financial reporting means more accountability in the not-for-profit sector. Now that is music to my ears.