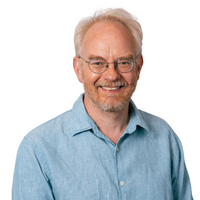 The UK Government’s decision announced on 1 March 2021 to halve aid to Yemen during a famine caused by conflict in the context of a pandemic was rightly described by Antonio Guterres as a “death sentence”.

On 5 March 2021, a whistle-blower shared a copy of an FCDO email with details of further cuts being planned by the UK government in other major humanitarian crises with the independent news platform Open Democracy.  According to a James Landale of BBC Radio 4 “the document – dated last month – suggests officials are considering cutting aid to Syria by 67% and Lebanon by 88%.  It suggests aid to Nigeria could be reduced by 58%, Somalia 60%, and the Democratic Republic of Congo by 60%.”

As Kevin Watkins, CEO of Save the Children UK, tweeted “cutting emergency feeding programmes = risk of death from starvation”.  When organisations decide to open a feeding centre in a famine caused by conflict then the principle of ‘do no harm’ is paramount.  By opening a feeding centre you become morally responsible for the displacement this will cause. Mothers reorganise their lives and sometimes relocate to be able to access the food for their starving children, as this offers a better alternative to whatever self-coping strategies they had.  It may then mean that those original coping strategies will no longer be viable as a result and you have created a short-term dependency.  This is why the cuts announced in Yemen and potential cuts in similar crisis zones could be so devastating.  They are also a moral betrayal of the trust that these vulnerable people placed in the British government that was providing the aid

You can hear some of that desperate sense of betrayal in the voice of the Abdullah, a nurse in Yemen that was featured in the BBC’s hard-hitting report on Friday at the top of this article: “I feel that my soul is destroyed… What can we do for them?”.

I wish I could put the UK government ministers now taking these decisions about cuts in the shoes of Abdullah, that nurse in Yemen, or in a room with the mothers that will be affected in these different countries.  Then they might truly feel the potential impact of the decisions they are taking thousands of miles away from the deaths they will cause.  But I can’t. Instead I, and others like me, need to apply influence, using the principles and mechanisms of government: good governance and accountability to civil society and its citizens that Britain likes to be proud of.

And believe me, we have tried.  I have for over a decade run, first through Mango and now Humentum, the key networks for finance professionals operating in the UK humanitarian and development sector.  I listen to their challenges and have been invited by DFID and now FCDO to share those with the most senior officials and with ministers through regular dialogue meetings and participation in a high level Steering Group that was set up in March 2020.

The message for the UK government from NGO finance leaders is clear and we have been repeating it time and time again since March 2020.  “Just tell us as early as possible what you think you will be cutting and by how much, so that we can roughly plan and manage what impact this will have on the communities we serve.”  UK organisations even proposed that they would be willing to propose cuts to their existing government-funded programmes if they were given targets to hit, so as to be able to have more control over how to exit from the commitments made to vulnerable communities in a planned and respectful way that minimises harm.

However, it is becoming increasingly clear that ministers in Government are no longer listening to the sector and that the consultative mechanisms put in place are increasingly a sham.  The officials we interact with are being explicitly instructed to keep decisions and decision-making processes secret from those that they previously consulted with about such decisions.  The ICAI report in December 2020 on the cuts found: “government officials were instructed not to provide any information to suppliers, either about the prioritisation process or the implications for individual programmes”.  Even though we have a Parliament, select committees, ICAI and the NAO attempting to provide scrutiny – we still do not actually know what aid cuts were made in July 2020 and which communities in the world they affected.  Bond’s Freedom of Information request on this in was denied in February 2021.

The same secrecy is being applied to the aid cuts being made in 2021.  No wonder the FCDO whistle-blower felt they had no alternative but to go to the media to prevent these life and death decisions being taken in secret.

The breakdown in proper checks and balances that Britain has built into government over decades, risks distant politicians taking ill-informed decisions that lead to catastrophic consequences.  To repair this, we need politicians of all parties to act on conscience and demand a restoration of proper accountability and transparency around such life-or-death decisions.  Like Tobias Ellwood MP and Edward Leigh MP, Conservative Chairs of key Select Committees like. Like Sarah Champion MP, who has continually demanded transparency and scrutiny through the International Development Select Committee.  They do this not just to save lives, but because they recognise the damage that such cuts can cause to Britain’s global standing and security interests.

The British people are looking on with a growing sense of moral shame about how our leaders are acting.  Their lack of compassion and sheer arrogance in failing to consult with those who understand the dire consequences of their decisions.  Despite the tough economic climate, the British people are giving millions to the DEC appeal which is for counties like Yemen, Syria and Sudan, whereas the UK government is revealed to be considering cutting aid by more than 50% to these countries.

And beyond Britain the world is watching. Global consciousness has altered thanks to the Movement for Black Lives and the increasingly visible truth-telling about lived experience that shines a light on Britain’s role in empire, colonisation and the slave trade.  The UK is increasingly out of step with other global actors.  The new administration in the USA and, other countries like France are increasing aid due to the recognition that no country can be safe until we all are.  Now is a decisive moment when Britain can choose a path that acknowledges and seeks to repair historical harms, or we can deny these truths and continue on our current reckless orientation.

In short, it’s time to be the ‘Force for Good’, ‘Open Society’ and ‘Global Britain’ that so many of us work for, and that the UK Government’s ministers say they want, rather than taking decisions in secret that betray the trust of the world’s most vulnerable people.