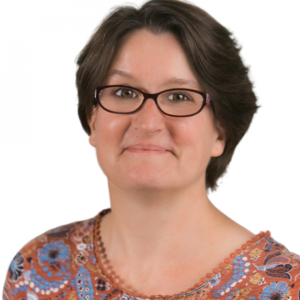 The West African Ebola virus that swept across Sierra Leone in 2014 devastated the country as a whole, but it was Ebola survivors and their families who bore the biggest burden during and after the outbreak. Many of those who were ill returned home only to be rejected by their communities due to fear and stigma.

The Sierra Leone Association of Ebola Survivors (SLAES) was founded in January 2015 as the first in-country institution committed to providing long-term assistance to survivors and their families, founded by and for survivors. As the organisation approached its third year, it became evident that as they looked to scale their work for many years to come, they needed to invest in strengthening their organisation to better serve survivors.

Partners in Health (PIH) had been supporting SLAES from its early days as an organisation. In 2016, with support from JSI/USAID’s program Advancing Partners & Communities (APC), it began formally investing in SLAES’s organisational growth through tailored mentorship, robust training curriculums, on-the-job training, and the support of the design, implementation, and evaluation of key projects for survivors.

PIH and JSI contacted Humentum in October 2017 to organise a course on foundational financial management training for SLAES members as part of their support to SLAES, helping to build its capacity to become a fully autonomous organisation. The training was organised by Jourdan McGinn, PIH’s Director of Policy & Partnership in Sierra Leone.

The first step for us was to discuss with PIH what they and SLAES wanted to achieve as a result of the training, and understand who the participants would be and what their background were. We agreed that our 5 day course Getting the Financial Management Basics Right (now called FMD Pro: The Essentials of Financial Management) would be the best fit for the participants.

Designed to give learners understanding of what financial management is in a practical way, this course explains what should be done as best practice and why. It covers areas including keeping financial records, how to prepare and use a budget, financial monitoring and reporting, internal controls, and roles and responsibilities across the organisation with regards to financial management.

The training took place at the beginning of February 2018, in Freetown. The group from SLAES were fun, curious and interested to learn as much as possible throughout the week, so as their trainer, I had a great time.

The course is very interactive and involves participation in practical activities which the group really enjoyed, revealing themselves to be quite competitive at times.

During the week, I had an opportunity to speak with participants and hear more about their lives. Everyone was committed to SLAES and continuing to help survivors, orphans, widows and widowers in their communities recover from the devastating effects of Ebola. I felt privileged to be working with the group and humbled by their courage and strength.

After the course I spoke with some of the participants to learn more about whether the course had met their expectations:

Zainab Turay, Financial Secretary for SLAES Freetown, said that the course had helped her to identify the some of the errors that she had been making when preparing budgets and given her more ideas of how to coordinate some of the financial activities. Her plan now is to put her new knowledge and skills from the training into action.

Glenna Beckly, SLAES Finance manager based in Freetown, hopes to see SLAES become a big organisation able to manage its own funds in the future. Her hope from the training was to be able to put finance records straight in accordance with policies and procedures manual.

Glenna found the training very helpful, it has helped her clarify roles and responsibilities for financial management within SLAES, how to organize the financial records and work with other team members to follow policies. 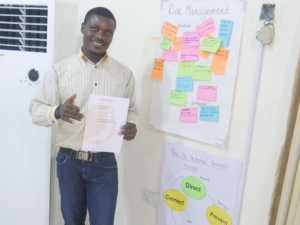 Although the training has ended, for SLAES what happens next is the most important thing.  Putting into practise the financial management knowledge, skills and tools they have learnt will be a start on the road to securing funding from donors to enable them to continue the important work that are doing in conjunction with PIH. It has also laid the groundwork to help them think about how the organisation can be financially sustainable in the future.

In the months since the training, Glenna has lead trainings across the country on financial management to key leaders in the various chapters in major cities, using the skills she learned from Humentum to pass on her to fellow survivors and leaders. PIH has continued to mentor and support the SLAES team in applying their skills through on-the-job training and continued mentorship.

Attending a training course is not the end but the beginning of a journey. This is true for SLAES and all organisations who are thinking of organising training for staff. The reason for the training, the change that the organisation would like to happen and how the learning gained from the training is put into practise in the weeks, months and years following the last day of the course are the measures of the value and impact gained from the time out of the office.

Photo above: SLAES Procurement Officer, Braima Bockarie, showing off his certificate from the “Getting the financial management basics right” training. Photo by Umaru Sheriff / Partners In Health