Community philanthropy is essential for lasting and transformative change 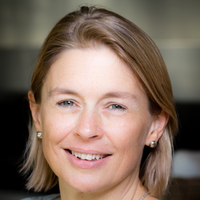 Since 2006, the Global Fund for Community Foundations (GFCF) has accompanied a quiet revolution taking place worldwide, largely beyond the gaze of mainstream philanthropy and development. That quiet revolution is community philanthropy, an emerging development practice and theory that starts with the premise that all communities have assets. In community philanthropy, money is one kind of asset. However, it also emphasises other essential ingredients to achieving effective and lasting development outcomes. These can often elude external funders and INGOs, such as networks and relationships, local knowledge and, most importantly, trust.

Using a combination of small grants, knowledge production and field-building, the GFCF has built a network of organisations and individuals worldwide. They believe that recognising and harnessing local resources and action are an essential strategy for centring community voice and agency and building local power. We typically partner with a variety of grassroots grantmakers, community foundations, women’s funds, socio-environmental funds etc., that are building local cultures of giving and philanthropy. Rather than relying only on external donor aid, they are using small grants to distribute power and resources to grassroots groups to enable them to do things for themselves.

How can we define community philanthropy?

Is community philanthropy, then, a form of “innovative financing”? This was the question in Humentum’s recent webinar which I participated in. I will reflect on this more fully here. Full disclosure: I must admit to knee-jerk antipathy to the word “innovation,” which is discussed with great enthusiasm in development and philanthropy. With a short attention span, this sector is always on the hunt for the latest shiny new thing, the latest revelation of the “truth” to be imposed on weary civil society organisations in low and middle income countries.

Answer number one: no. In its fundamental essence, community philanthropy is nothing new. This elemental “social muscle” is a defining feature of what it means to be human, expressed so powerfully in the South African concept of Ubuntu and the idea that “my humanity is bound up in yours.” Community philanthropy has also often been communities’ – particularly those most vulnerable and marginalised – only recourse. It forms an essential social safety net, filling gaps left by failed or weak governments and other power holders.

In times of crisis, local communities and their institutions are the first to respond, swiftly mobilising resources and people. This is often long before external actors. Recently, COVID-19 – and now Russia’s war in Ukraine – have again demonstrated how, when disaster strikes, community structures and networks are often the only show in town. This includes the case of Ukraine, even when enormous amounts of international funding have been raised in their name.

And now for answer number two: yes. There is something new about this current iteration of community philanthropy as a practice and field of work underpinned by core values and principles. Over the past 20 years, its emergence has been driven by the growing recognition that new ways of building collective action are vital to challenge the negative and dis-empowering dynamics created by decades of top-down development aid. And ways that confront the vilification and stigmatisation of civil society as “foreign agents” by governments in many countries, seeking to strengthen the ties that bind people together during growing levels of public distrust and rising populism.

Community philanthropy is an essential pillar of the broader #ShiftThePower movement. Emerging in recent years, it seeks to tip the balance of power in the development sector towards a fairer and more equitable people-centred approach. It provides a way to blend and recognise the relative value attached to different kinds of money. This includes the “colder”, larger, contract-based funds from international donors and the smaller, “warmer,” contributions of ordinary people whose giving can also be seen as an expression of trust.

For too long, the dominant system has focused on the transaction of its resources. It is completely overlooking – and, worse even, dismissing – those that exist within communities, rather than any real transformation of power. But it isn’t only about money and the real and endless need for civil society organisations to find new ways to “shake the piggy bank”. Or the need to plug the never-ending funding gaps as they dance to the ever-changing tune and priorities of international funders.

When grounded in core values of equity and justice, community philanthropy is based on the idea that another way of doing things is necessary and possible. It involves people in making, informing and having a stake in decisions that affect them. And participatory processes – including the collective harnessing and pooling of resources – can help build trust and strong relationships that drive change.

Yet despite its transformative potential, community philanthropy has lingered in the margins of the INGO and donor discussions. Although things are starting to change, community philanthropy is hardly a crowd-pleasing headline act. One reason may be that it is not a simple solution that external actors can deliver at speed. It is a long-term process involving mindset shifts and behaviour changes. The visible shoots of progress owe their success to the deep, invisible, and interwoven roots of relationships and connections that nourish them, where no single donor or INGO can claim sole credit.

In a development system based on unbalanced power relations – one that brings a gaze that centres its resources and its role to the exclusion of all others – community philanthropy does not easily fit.

A few months ago, the GFCF made a grant to an organisation in Ukraine whose staff had been displaced by the war. They wanted to host bread-making classes for internally displaced people from the Russian-speaking east of the country and members of the host community, to strengthen social cohesion. Bread requires a few simple ingredients and a method: the interaction between them, the kneading, the temperature, and the heat of the oven that results in a good loaf. And then there is the sense of collective achievement, the enjoyment of sharing the same food among the people who made it. Insisting on the importance of and tracking one ingredient’s use makes no sense. Maybe it’s time for more bread-making in international development?

What will it take to operationalize the vision of locally-led development? That was the purpose of a year-long series of interactive webinars hosted by Humentum. Through those conversations we identified key lessons learned and highlighted promising models to examine further. This summary is a preview of an upcoming report that will share those lessons and models in greater detail, as well as policy recommendations. We share this to contribute to the growing compendium of resources and recommendations that policymakers and practitioners alike can harness to reshape a sector that better reflects the people it seeks to serve.