Home Blog & Media Could Your International Development Organization Save 20% on the Second Largest Expense in Your Organization?

Could Your International Development Organization Save 20% on the Second Largest Expense in Your Organization? 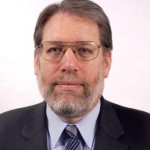 International NGOs often state that their biggest expense is staff salaries and the second biggest one, at least at a US headquarters, is the costs associated with employee health insurance. And, it’s true. Health care costs in the US are increasing at an average of 7% per year over the last decade, and there is no reason to expect a slowdown any time soon. Considering the enormous cost of healthcare and the high year-on-year increases, we expect most international development organizations would be keenly interested in a sustainable way to save money on health insurance. In this article, we’ll present valuable insights into how your organization could receive a 20% decrease in health care costs, along with manageable year-on-year increases.

How does the insurance company make money?
One thing is certain. Insurance companies make money. But, how? Let’s take a closer look at your premiums to get a better understanding of what’s going on. Your insurance premium consists of costs and fees that fall into one of these three categories – claims, administration and profit.

In the US, the Medical Loss Ratio (MLR) regulations enacted as part of the Affordable Care Act (aka Obamacare) require that insurance companies pay out at least 80% of premiums collected as benefits (85% for large groups). This leaves between 15% and 20% for other things, including administration and profit.

Why does my premium keep going up?
Under a “fully insured” plan, the insurance company assumes 100% of the risk associated with your group. If your group has exceptionally good experience and the claims are lower than expected, they keep the extra money and give you a break in the following year. The insurer makes a higher profit, and you might get some good news from your broker – instead of a 7% increase this year, your rates are remaining flat or

increasing half the usual amount! Don’t be fooled. This means you are one of the most profitable groups for the insurer, because your claims were much lower than expected. Of course, if the opposite happens, you might see a 25% increase instead. Rest assured, the insurance company always ensures they make their profit!

So, to summarize, the insurance company sets their premium for your organization’s insurance plan based on the anticipated experience of your group (expected claims), the fees associated with administration and profit. Each year, they recheck the numbers and pass along the increase in costs to you, the client, while maintaining their profit – pretty simple incurred by your group.

Here is an explanation of the components of your premium:

Self-insurance is a practice under which an organization or employer decides to absorb the financial risk of a plan instead of transferring risk to an insurer. Simply put, the employer reimburses all claims. They probably hire a claims administrator, which might even be the old insurance company. But the claims administration fees are based on the services provided, and the claims are debited to the employer’s bank account. This eliminates the profit component of the premium, but it also eliminates the protection afforded by insurance with respect to high-risk claims. For example, if one of your employees is diagnosed with cancer, needs an organ transplant or has a high-risk pregnancy, the costs for the claims could exceed whatever you budget, and there is no insurance company to pay the excess.

This challenge is the most common reason why employers in the global development sector continue to fully insure their benefit plans. They are afraid a catastrophic claims year could potentially break the organization. There is a better way to accomplish two important goals: mitigation of risk and reduction in overall costs.

Partial self-insurance or “the beauty of stop-loss insurance”

The idea behind partial self-insurance is straightforward. The employer decides how much they can afford for direct claims payments. This is usually based on a percentage of actual claims over a prior period, say 70%. Or, you could set a specific dollar limit above which you want insurance protection, say $1MM. Whatever the number, you set aside funds each month in an insurance reserve, as if you were paying premiums to yourself, so there will be a reserve on the books to cover the claims when they start coming in. Then, you buy insurance for the rest.

For example, an employer could decide they can afford to pay claims in the aggregate amount of $1MM per year for their group. The risks associated with claims in excess of $1MM need to be assumed by an insurer, so the employer obtains an insurance policy for this excess risk. Think about it like a big deductible. The insurer will pay all claims in a year once the aggregate amount of claims payments for all covered persons in the group reaches $1MM. If the claims do not reach that level, the insurer doesn’t pay anything.

This excess insurance is commonly called an aggregate stop-loss plan. It “stops the loss” of funds once an aggregate limit is reached. In a similar manner, employers also buy insurance against any one employee or dependent incurring high claims, called individual stop loss. The employer establishes an amount – say $100,000 – after which, insurance must pay for claims related to any one individual for the balance of the plan year. These stop-loss policies are examples of partial self-insurance. The risks that are transferred to the insurer represent a small portion of the total expected risk and allow the employer to sleep at night knowing that should there be a rash of high claims, the organization is still insured.

Partial self-insurance saves you money
Insurance companies set premiums based on the three things we mentioned before – claims, administrative fees and profit. If the insurance company is insuring a smaller portion of the expected claims, that number is lower. Claims processing fees could be lower if you hire a third-party administrator separate from your insurer (there are many which charge less for similar service). And, profit is a percentage of the claims number, typically around 15%. Since the claims insured are lower, so is the profit.

The total savings is usually around 20% compared to a fully insured arrangement.

Not only will you save 20% immediately, but for every year going forward, the savings will compound. Remember that insurance costs are increasing at an average rate of 7% annually. Over 10 years, that 7% annual increase amounts to a whopping 96.7% due to compounding.

Isn’t it risky? Can we afford to do this?
Yes, you can! Remember what we are proposing is partial self-insurance. You can structure your stop-loss insurance to mitigate the risk, so you won’t spend more than you were spending before. And, it is highly likely you will spend less – a lot less.

The final verdict
The international development community at large has very little experience or knowledge with partial self-insurance and this has led to avoidance. For the right organization, there is tremendous upside from a partially self-insured plan. There are some increased risks factors that should be fully understood and considered before making a change.

*This blog article is an excerpt from an AHT & Birches Group Whitepaper.