Humentum and Action Against Hunger Recognized with Learning Award 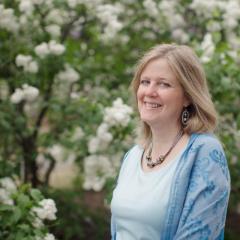 Humentum and member organization, Action Against Hunger, along with HT2Labs, were recognized in November by Learning Technologies with an award for “Best Learning Technologies Project in the International Public & Nonprofit Sector.” The prize was awarded based on a partnership between Action Against Hunger Nigeria and Humentum to develop project management skills for the Nigeria team through an online learning program using PMD Pro Flex.

Learning Technologies is a UK-based company focused on advancing technology-supported workplace learning worldwide, through exhibitions, conferences, free resources, and its annual awards ceremony. Humentum, Action Against Hunger, and HT2Labs—the technology partner providing the online platform, Curatr, that supports PMD Pro Flex—were given a “Silver” award in the category. More than 800 people gathered in London for the awards ceremony, including Action Against Hunger Project Management Specialist Terver Kuegh and Humentum Head of Program and Project Management, John Cropper, who watched as 67 gold, silver, and bronze awards were bestowed upon learning projects across the world.

In selecting Humentum, Action Against Hunger, and HT2Labs for the award, the judges noted that project management for humanitarian projects is a complex, challenging area for organizations to address. They wrote that this project “has effective use of mobile technology for people who do not have access to a laptop, plus bite-size learning and low bandwidth, which is good for the vast range of countries where they operate.”

According to Kuegh, “We do a lot of great work in Nigeria, but we wanted to do even better with delivering this work and being accountable to stakeholders on time, on scope, and on budget. Action Against Hunger had been looking at its project management situation for a year and tried a bunch of different approaches—project consultants, assessments and other things—but none of them were delivering results. We reached out to LINGOs (which then became Humentum) and John Cropper was very supportive.” After several discussions, Humentum recommended that Action Against Hunger adopt PMD Pro Flex—a self-paced and moderated online course that provides a social way to learn PMD Pro (Project Management for Development Professionals). PMD Pro also provides certification for project management within the development sector.

Cropper knew that getting results would not be possible through traditional, face-to-face training, which simply could not reach the Nigerian team, who are spread out across a wide geography and often work in remote locations. PMD Pro Flex’s online format was ideal for the busy NGO workers, who could not be tethered to their computers but were never without their phones. “Many of them were using laptops,” Kuegh noted, “but a considerable number were doing work over the weekends and at a variety of times, so they were accessing the course over their mobile phones.”

Humentum worked with Kuegh to tailor course content as needed. There’s a part of the PMD Pro that focuses on ‘earned value analysis,’ which helps monitor project costs. “We use something here called ‘Budget Follow Up’ or BFU,” said Kuegh, which was similar to the earned value analysis process. “So, at that part of the course, we used the BFU tool that we were already using, which helped our staff to apply their learning and link it directly what we do Action Against Hunger.”

“Another thing we did, in terms of tailoring, was get people to talk about our own policies here,” added Kuegh. “For example, after looking at the PMD Pro sections on risk management, we asked folks what they thought about our own Action Against Hunger risk management policy—what was helpful, what was troubling—and as a result, we were able to get some input to give direction on that policy. We did this for our performance management policies and charter of principles as well and it was really interesting to hear staff talk about what these meant to them in their work.

The 16-week program began in early 2017 and ended in August, with about 70 people completing the course. While enrolled in the program, Action Against Hunger’s staff was able to apply their learning in a way that had a big pay-off for the organization. “We have so much to do in so little time,” for one specific project, Kuegh noted. “Medical supplies and resources had been procured but the project was running behind schedule in delivering. Once the team was able to apply fast-tracking, we saved a lot of time and were able to cover more people who ordinarily may not have been covered by the project.” By doing so, the team saved significant project resources.

In addition, Kuegh said the success of this course has sent a strong message to all the Nigeria team that the organization is “leaving no one behind” when it comes to learning. He cited the example of driver Raymond Iortim, who signed up to take the first course offering and completed all of his work by phone. “He did not have access to an office computer, because his position is a driver. But he enrolled in the course and took the certification exam and passed,” Kuegh said. “He then applied for a new role and got the position.” Today, Iortim’s driving days are behind him as he works as an assistant logistician, a role he earned through learning new skills in the online course.

Since the first offering of PMD Pro Flex was completed in August, Action Against Hunger is already running a second course for employees who couldn’t enroll the first time. This is all part of changing project and program management culture within the organization, noted Kuegh, and the success of the course has contributed the team’s motivation to move forward with related activities, including refining job descriptions of project managers to give them more autonomy and control of their work.

These successes come as no surprise to Cropper, who says, “I have seen online learning do amazing things for NGO teams working around the world in all kinds of challenging circumstances. In this case, many of the participants were working for the refugee camps in the northeast of the country, dealing with emergency response situation in an extremely insecure environment. The Action Against Hunger team was highly committed to the process, from the senior management to the individual participants, and we were highly committed to giving them the best possible learning experience. We also wanted to go beyond learning about project management and make sure that participants were actually applying the new tools to their projects.

Interested in partnering with Humentum to improve your organization’s project management skills? Or discovering how a PMD Pro Flex program tailored specifically to your needs can make learning greatly accessible at a cost-effective price? Send us an email!