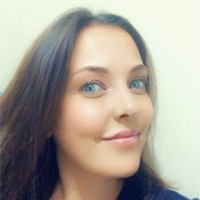 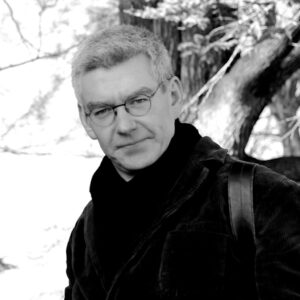 In the first part of this interview Olga shared her story, including early work for the BBC and as an USAID program manager in both Afghanistan and Iraq. In part two, below, we discuss Olga’s blog “Lost in Regulation,” as well as the evolution of the USAID compliance system.

HUMENTUM: When did “Lost in Regulation” come along? What was the motivation behind that? Who were you mainly aiming it at, and what were the things you wanted it to do? Is that probably about ten years old now, isn’t it?

OLGA WALL: Yes, it is actually. It’s 11 years old. It was therapy. I spent six years working on the Iraq program, which was very intense, 24/7, I had no vacations and very little downtime. So that project finished, and I decided ‘okay, I’m going to take some time off and regroup and see what I’m going to do next.’ So, two weeks later I could no longer rest, I’m just not built like that, and so I’m thinking ‘I have this time, I need to do something useful, maybe I’ll read, I always love to read.’ So I started reading, trying to understand what happened with some of the cases we’ve had in Iraq, and Afghanistan, and Pakistan, and how we’ve dealt with it and the audits that we’ve gone through, and trying to understand why those things came up, why there were all of a sudden all of these disallowances that these contractors that were implementing work in Iraq and Afghanistan were experiencing.

And so, as I was reading their regulations, the lightbulbs were going off, and I had to talk to someone and no therapist in the world is going to talk to you about USAID regulations. So I decided well, this is the perfect opportunity to put it in a blog, and surprisingly, I actually got quite a lot of the ‘nerd alert,’ a lot of nerds out there who wanted to read about it. So this just started as a sort of therapy for me, but also reaching out to others to see if they wanted to comment and bring in their experiences and talk about some of the things that they were experiencing in trying to apply some of the regulations and some of the constraints that the agency puts on us and whether or not it made sense, and maybe try to get to the bottom of it together.

HUMENTUM: You tackle topics both really quite small, such as the costs allowed for transporting a pet if you’re working overseas, but then big things like ethical policy and indeed the whole system’s fitness for practice, and how money gets spent and gets accounted for. You can zoom into the tiny or you can have a really wide shot and look at the entire terrain.

OLGA WALL: You find that once you start getting into some of the compliance aspects, you’re trying to understand where it all came from. At least in the US, it all goes back to appropriation laws and why Congress appropriates money and why they pass certain regulations and why an agency passes a certain policy. You’re trying to understand whether or not this is something that still applies and still makes sense or whether this is something that needs to be highlighted, needs to be talked about and removed because it’s actually an impediment and it creates waste. I think it’s sort of inevitable once you start investigating those things, you kind of get up to the bigger picture.

HUMENTUM: Is it your view that the system, as it currently operates for compliance and ensuring that taxpayers money is spent in appropriate ways, that it is basically, fundamentally doing the job it’s supposed to?

OLGA WALL: That’s an excellent question. On a scale of one to ten, I would say it does require, at least for USAID, at least for foreign aid, I think it does require significant overhaul and it also requires significant investment on behalf of the agency in training their own staff, in making sure that they design programs that make sense, and they put them in the contractual or word instruments that make sense, and that really focus on delivery of aid or performance for specific targets rather than compliance, which is currently probably costing everyone 40 percent of every dollar that they receive from USAID.

This is huge. It’s ridiculous, because—I wrote in one of the articles, and I shared this with the agency during a general counsel meeting last year—only in the last 12 years, we’ve had more than 50 different regulations, or policies, or adjustments to the regulations that have been passed and included in our contracts or awards, that we have to comply with. This is in addition to what was there before, it’s a tremendous amount of compliance, which costs money. Companies don’t tend to spend their own money on that, they charge it back to the government.

HUMENTUM: What stands in the way of a lighter compliance regime? Is it as fundamental as the risk of corruption and misappropriation? Does it come down to something as basic and human as that?

OLGA WALL: I think championship, really championship at the agency, where you have to have someone who says, ‘we’re different than other agencies, we work in different areas, we work in different circumstances.’ The purpose of relief is to provide relief and provide every possible dollar of relief to the beneficiaries, and the purpose of aid is to transfer know-how, to transfer things that we already know how to do, and so it really shouldn’t cost a lot of money and research. If we’re doing research projects, if we’re doing grant projects, then we have to understand what it is that we’re trying to achieve and stop if we can’t achieve it. There has to be flexibility in how we administer this funding, but you have to have a real champion at the agency that’s going to take it all the way to the State Department and all the way to the White House and say ‘we need different regulations for us. We need complete overhaul, so we don’t spend 40, 60 cents of every dollar on compliance or security or other things that are not actually benefitting the people we’re trying to help.’

HUMENTUM: Another thing you wrote is you said, ‘If USAID is celebrating 50 years in Indonesia, that really isn’t something that should be celebrated, that’s a sign of failure.’ I decided that seems entirely legitimate as an opinion. Does that point to some fundamental mindset issue? The fact that 50 years in Indonesia providing aid could be celebrated rather than thinking ‘What is it that’s failed?’

OLGA WALL: Correct. I think this is a complex question, because obviously there are other actors that are involved in the country—we have no way of managing what other countries do in their political environment and economic environment—but if we’re conditioning aid on—and I’m not talking about relief, right, so relief is understood, you have a situation and you go and you help—but if we’re conditioning aid on the countries’ as AID puts it, ‘journey to self-reliance,’ we have to work ourselves out of a job, we have a journey to self-reliance as a matrix.

You have to have a baseline of where every country is and you know where you want them to be for our national interests and for other countries’ national interests around them, so you’re trying to figure out a problem of what intervention is she going to put out there to get them from A to Z? From the baseline to where you want them to be? You cannot continuously invest in the same thing which produces no results, so you have to have smart programming that, if it’s not already been done somewhere and you can just buy this service and put it out there and hold the counterparts responsible, then maybe this is something that you test out through a program design and you gather ideas from different experts and from local experts and from local companies and local communities, but also international experts, and you try out different things to move the needle.

The programs have to be adaptive; they have to be agile. You cannot be doing the same thing again and again and expect different results, which oftentimes that’s what we’re doing, that’s why you end up with 50 years in Indonesia. It’s a wonderful mission and I love it, but if you ask them ‘Do you think there has been progress in 50 years?’ They will probably say ‘Yes, but is there enough progress?’

HUMENTUM: What do you see as the drivers of positive change in the sector?

OLGA WALL: Well in the aid space here, USAID has to fundamentally change how they—actually, not fundamentally change, I don’t want to say that. I want to say that they have to go back to their roots, actually. They’ve done this before. They have created smart programs that made a difference. They’ve graduated countries where they had a targeted approach to specific countries in terms of development, they’ve transferred know-how at the speed of relevance, and they’ve brought the countries to graduation and they may have passed on to MCC or other organizations for additional help, but it’s at a different level than USAID. It’s been done.

I think what AID needs to do is go back to their roots and go back to understanding where the need for the programs comes from, how to design the best possible solution engaging vastly different actors, and then how to create projects and contractual award instruments to get the best out of those solutions, to really reach results and not be afraid to move away from something and start something new. But it has to be done timely so that you don’t waste the time and money, because if you put something on hold and say ‘It’s not working, we’ll take it again in five years,’ the time has changed. You’ve already lost the momentum. I think it has to come from the agency, the agency has to fundamentally rethink what they’re doing, why they’re doing it, and how they should do this more efficiently.