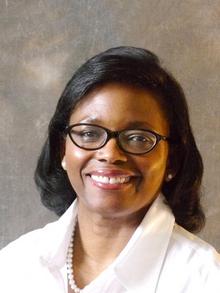 In this episode of Lessons from Leaders, Lynne Gilliland sits down with Shelley Goode, diving into her wealth of experience across many diverse non-profit organizations. Shelley shares the secret to being disruptive while honoring the past, and the importance of kindness and empathy for up and coming leaders.

Lynne: We’re grateful to have you here, Shelley. I was wondering if you could just start by telling us about your background.

Shelley: I’ve been a fundraiser for many years. I had my first internship in college where I interned with the Baltimore Symphony Orchestra. Over the years I’ve remained a fundraiser, but I have traveled in a different nonprofit environment. I’ve worked at the Smithsonian Institution; I’ve opened a children’s museum and Baltimore; I was lucky enough to work at Spelman College; and I worked at volunteers of America, a health and human service organization over a hundred years old. And now I’m at Oxfam America, in charge of raising money for Oxfam America.

What’s the fresh breeze that you bring in?

When you’ve worked in different nonprofit environments, you have to learn to pivot very quickly…it’s understanding that you have to be willing to be a little disruptive while honoring the past. Also understanding that change is really the engine for the future…And so that’s what I think I’ve brought to Oxfam. Bringing your outside lens, looking from the outside in, a fresher perspective.

I want to know the secret of how you can be a little disruptive and honor the past because I would love to learn that myself.

After some mistakes, I have to say that I’ve learned that you need to help people understand that you’re not saying that what took place in the past is wrong. That you are celebrating their successes in getting an organization to where it is at the moment. Then you start asking a question and there’s a favorite image I use. It’s a road and there’s a question mark at the end of the road. I pose the question, “What if?” and that “what if” can be many things. What if we try something different? What if you ask yourself, is there something else that you would have liked to have done differently in the past that could have improved performance? What if we try something a little differently? Asking the question pulls people into the process as opposed to dictating what should happen. I find that opportunity of co-creation is a way of both honoring buildings because people feel like you’re building on the past. But then you’re also creating another jumping off point for it, for them and for the organization, to try new things and to move forward.

How do you scale people’s leadership abilities or growth? Because if they don’t scale, you’re not going to be able to get to that vision down the road.

I try to look at the talents of the people in front of me and I also understand that it is my role to create an environment where people feel like they can both succeed and that they have the opportunity to fail. If there is that understanding of trust, that is the way you start to scale and unleash leadership. I think I create an environment where people understand that they can own streams of work and it has nothing to do with title. We are not rigidly bound by title. We are looking at the way work should be done, ways of working. With that, you’re creating a team environment, and in that team environment, it’s less hierarchical. That is a way you really pull people together and you are helping people to lead from where they sit.

I wanted to circle back to when you talked about failure. One of my favorite subjects, not because I like failing, but there’s so much richness it seems to me in failure. So, what do you think about failure?

When I was younger, I was offended by failure. It was something that I just found unacceptable and I didn’t think that you should fail. As I’ve continued to my own path, I learned that failure is both an opportunity to grow and learn. And that part of the journey – the learning, the constant learning – is something that’s part of the fuel that keeps you going. If you look at failure as an opportunity to reflect, it’s humbling. You take that learning and then you are more effective based on the learning gathered. I think that with failure comes that thread of lifelong learning. You can be energized by those opportunities…when I think of failure now, I just see it as both a challenge and opportunity.

When you look back on your own trajectory so far, what do you know now that you wish you knew then?

The advice I would give is that you always need to be authentic to your true self. You have to trust your gut. You have to understand who you are before you are placed in situations. Understand the essence of who you are as a person and carry that through and then be confident in the knowledge of who you are and that it’s enough to take you into different situations. That was something where I wish that light bulb went off sooner.

If you had been your younger self and you knew, “I got this, I’m good at this,” what would have been different for you or just less stress?

Less stress, less questioning of myself. That imposter syndrome. Sometimes there are opportunities that come to you, or came to me, and you would think “I got a shot”. I don’t know how this opportunity came to me or not realizing that it’s based on who you are, and this knowing gave you something, you’ve earned everything. Understanding the distinction between being given opportunities, but that with that you have earned opportunities. And so that clarity I think would have been helpful.

It seems like a gift we can keep giving to each other, pointing out those things. Are there things you wish young women could take on board that would help women that are up and coming leaders?

One of the things that I wish they knew is something I’ve learned over the years, that your strength can be coupled with kindness. You can be hard charging, but you can couple that with your kindness and empathy…I believe in treating people the way that they’re supposed to be treated. I’ve been treated well throughout my career and I try to reflect that [to] channel those who were mentors to me.

Sometimes when you feel like you’re not being seen or somebody is coming at you with things that don’t have to do with you, personally, but they’re the one who’s there.

As a woman of color, I do carry that knowledge with me. It may be my own absorption of understanding bias that I have to, or I felt like I’ve had to balance on my own method of communication, which is both direct and empathetic and not seen as the angry black woman. There are stereotypes, and you may see that in a room. You may understand that it’s there and then you have to understand, just going back to the art of war, power, you’re going to deal with that. How much energy are you going to use and what’s the most direct way to deal with it? Because I like to get things out and get them on the table. That’s better for you. You have to take the risks to do that. I have my antenna ready because the world is a very complex place. I’m not fearful. I just understand that people are different, and we all have unconscious biases.

Do you have any practices that you use that helped you remember to be grateful?

I don’t meditate, but I do have quiet time. I can be moved by so many small things. Those are the things I recognize and celebrate…I am appreciative of things that touch you and you’re open enough where you can absorb those good things that are around you. And I think it gives you some reservoir…There are so many needs in the world. How can you help? But these little things are things that I think can help to both propel you and envelop you, and let you know that there are still good things happening.