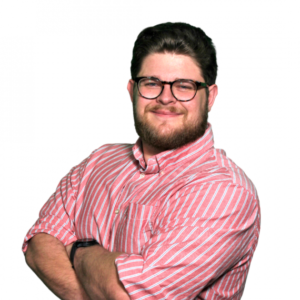 COVID-19 created a crisis for businesses in Honduras, already one of the poorest countries in Latin America. As all but the essential businesses closed, public, private, and NGO actors scrambled to navigate a fog of information to provide much-needed relief.

The USAID/Honduras Transforming Market Systems Activity team, implemented by ACDI/VOCA, brought together public and private sector actors to coordinate a response to this crisis. Mobilizing 24 business chambers, a local university, and two government institutions, the team collected invaluable information and convened public-private working groups that allowed them to address the biggest economic challenges in Honduras brought by the pandemic.

Below is a Q&A with Sergio Rivas, Chief of Party, and Dun Grover, Deputy Chief of Party. Humentum’s Marketing and Communications Officer Nick Shereikis asked them to reflect on their experience, one year later.

Nick Shereikis: The big thing that stood out to me is that you brought together public and private sectors, and sector actors, to coordinate a response to the COVID-19 outbreak in Honduras. The first question is, how did you get everyone at the table?

Sergio Rivas: A lack of collaboration among market actors already existed when we first started working; it was only accelerated and triggered by COVID. This is one of the underlying issues in Honduras and in many countries—public and private sectors traditionally not working together, not cooperating. But also private sector actors themselves, not collaborating with each other, and just trying to make things by themselves in a general environment of distrust, which causes a lot of ripple effects that, in the end, are reflected in less competitiveness and less advantage for the country and societal systems as a whole.

So, one of our areas of focus is achieving systemic change through finding common ground among conflicting or isolated stakeholders, and bringing them together to collaborate on a common agenda or purpose.

Nick Shereikis: I want to pick up on a point that you made, which is the accelerated pace at which all of this has happened during the pandemic. Have you been able to analyze any of the lessons learned from the year to carry forward? And if so, are there any that you could share with us?

Sergio Rivas: We provide technical assistance and facilitation in different market systems in Honduras. What this exercise has done is helped us bring partners together. Those that were more willing to collaborate, more ready to work together, have had better results.

One good example of that is the tourism sector. As one of the most affected economic sectors, they were one of the first takers along with us in launching the resilience analysis. Based on the evidence provided by the analysis they were able to react fast. They were the very first sector to organize a “Dialogue Table” involving dozens of stakeholders including government leaders in constant, ad-hoc Zoom conferences to discuss ideas and plans to address the crisis.

Later, they were also the first sector to pilot what they called in Honduras, the “intelligent reopening of the economy”, which included tailored biosecurity measures for restaurants and hotels, way before such protocols were either generalized for the rest of the economy or developed specifically for other sectors. And that was an example for other industries throughout the country.

All of this led to tourism being the first to put together proposals for alleviation packages for the government that—at least two that I can remember—came through, and they have received financial support from the government. These results were achieved by working together and fast and through our support.

Dun Grover: I think it is also helpful to frame the objectives behind the resilience studies. So, what were we trying to achieve? We did the business resilience analysis to influence decisions. So, we were able to influence, as Sergio mentioned, some of the decision-making around re-opening, some decision-making around relief packages. But we saw a diversity in outcomes—the tourism sector, for example, was well-organized and able to take this data and use it to influence policy, influence the collective actions of the sector—other sectors, not so much.

We learned there is a lot of work still be done. I think one of the big things we have accomplished has been the work that has happened since the study, too. How do we then consolidate some of the gains made through this reactivation phase from the crisis to be better prepared in the future? And how do we have a more coherent, evidence-based agenda for what needs to happen so that Honduras, next crisis, can bounce back quicker?

This means Honduras needs to address some of the structural issues in the economy that had a significant impact on whether response actions were successful or failed. The National Enterprise Strategy for Honduras is an initiative that has emerged out of this work. Every four years the private sector will put together its agenda for the key reforms to pitch to political candidates. And so, the group of actors engaged in this collective response to the pandemic are now also working together as part of this broader strategy to address these structural issues.

Sergio Rivas: If we could identify the legacy of that experience last year, there’s two things. One is this new four-year strategy; it’s the overall highest-level private sector strategy that the Council of Private Enterprises (COHEP) puts together every four years. Traditionally, they had some financial support from one donor or another, usually the United Nations would pay consultants to develop the private sector strategy. With the experience of last year, after working together on the resilience analysis, they asked us for the first time to support the development of the strategy in the same participatory way.

That’s a legacy really. For the next four years, the private sector in Honduras will put in front of presidential candidates, This is our agenda for the next four years. How do you respond? The second legacy that I would identify is the new dialogue tables. As soon as COVID hit last year, and following the example of the tourism sector, there were—I can think of at least six—sectoral dialogue tables, sometimes at the initiative of the government, sometimes at the initiative of the private sector, and we were invited to all of them. So, we had meetings every single day with multiple dialogue tables. I would say a good 40% of the dialogue tables that were formed thanks to COVID are still working together; they’re meeting regularly. In fact, just about a month ago, a new table was formed, not in response to crisis anymore, but just to have a space for dialogue.

Nick Shereikis: What has winning this OpEx award meant to the team and to you about the work you’re doing?

Sergio Rivas: It meant reaffirming some of the assumptions and strategies we had. When COVID hit, we were just finalizing year two of the program. And considering that year one was our inception phase, in which we developed the analytical base for our work and so on, we just had one year of implementation. And so, many of our mechanisms and tools were assumptions and theories, that the crisis put to the test, and if the development community appreciated our approach and activities, then it makes us feel very proud.

Dun Grover: I think a lot of teams, particularly when they’re launching—you’re working in this complex space, you’re trying to figure out “How do we work to do this?” And you have these kinds of what you think are breakthroughs. And I think it was helpful to have some recognition that other people see this and say, “I think what you’re doing is the right approach”—that’s validating. I think that helps give us confidence to take that approach to the next step.