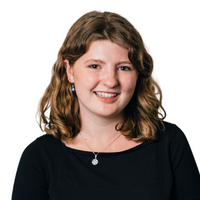 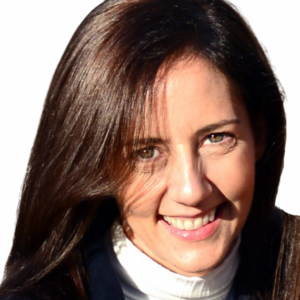 Global development donors and thought leaders alike have increasingly placed locally-led development at the fore of a transformation agenda in the industry. Last November, USAID Administrator Samantha Power argued that the world’s largest global development agency must “tap into the knowledge of local communities, and their lived experiences. Otherwise, we risk reinforcing the systemic inequities that are already in place.”

Despite this, the progression of the locally-led and power shift agendas will continue to lag unless the sector dismantles the very substantial structural barriers that impede its advance. Equally importantly, we must interrogate the false narratives that preclude local actors from playing the leading role in the development of their own communities.

The evidence shows that local knowledge and engagement are essential for sustainable, equitable development. Yet, we still hear the refrains that local organizations are more prone to fraud, cannot comply with donor requirements, or lack the capacity to implement complicated programming that meets donor expectations. These narratives are powerful—they shape and inform funding, decision-making, programming, and the locally-led movement. To advance the necessary policies and processes that strengthen locally-led development, we must critically examine the stories we tell about local actors.

In the second installment of Humentum’s Operationalizing Locally-Led Development webinar series, a panel of experts recently did just that. Moderated by Humentum’s CEO, Dr. Christine Sow, the panelists unpacked three of the more prevalent myths surrounding locally-led development and offered their insights on how the sector might dismantle these harmful narratives.

Myth 1: Local organizations are inherently more prone to fraud and mismanagement of funds

The narrative that local organizations are inherently more prone to fraud is widespread throughout the sector, even in formal reports and strategies. USAID’s Office of the Inspector General (OIG) has repeatedly questioned the ability of local organizations to avoid fraud and corruption, especially as USAID has furthered its localization agenda. For instance, in a 2021 OIG report on management challenges the Office stated that, “[o]ur recent and ongoing investigations reiterate risks of fraud, waste, and abuse in the context of supporting local partners, who may lack the requisite systems and will to ensure accountability of U.S. government funds.”

Although local partners may not have the same complex systems as their INGO counterparts, it is harmful to assume that this will inherently lead to fraud. It is equally damaging to assert that the absence of such a complex and costly system indicates a lack of will to comply. Haidy Wijya, Finance Director at World Vision Uganda, noted that fraud occurs in all kinds of businesses and organizations globally, not just locally. In his role, Wijya observed that he had not witnessed fraud at any greater rate in local organizations than he has in INGOs. To this point, the Humanitarian Practice Network has identified in its reports instances of corruption among both local and international organizations alike, with no evidence that local organizations are significantly more prone to fraud.

While calling for greater investment in locally-led development in her November 2021 address, USAID Administrator Power suggested that local organizations currently lack the capacity to comply with USAID regulations. Although this may be true in some cases, it distracts from the USAID’s actual barrier to localization – the overly burdensome and costly nature of the Agency’s procurement and compliance policies that exclude local actors who do not have the substantial resources often found in INGOs. Such rhetoric implies that local organizations must adapt to meet donor requirements, rather than donors such as USAID re-evaluating and revising their onerous policies to be more inclusive and equitable.

Tessie San Martin, CEO of FHI 360, stressed that projects are often funded because the implementing organization has a well-established relationship with the donor and has a demonstrated compliance record. In many instances, it does not matter if the organization is local or international—if they have not previously executed programming for that donor, they are less likely to be funded. Thus, it is a self-perpetuating cycle of exclusion. George Were, Senior Director of Internal Audit at Catholic Relief Services, argued that this lack of donor experience should not be held against local organizations. According to Were, donors should give local and new organizations the time and support necessary to strengthen their internal processes and not expect them to operate the same as INGOs.

For local organizations with an existing record of funder compliance, organizations like ActionAid are supporting their efforts to demonstrate this capacity to prospective donors. According to Harriet Robina Gimbo, Program Quality, Research, Innovation and Impact Advisor at ActionAid, Uganda’s NGO Quality Assurance Mechanism (QuAM) has been a vital tool for demonstrating to donors that local NGOs have crucial policies, procedures, and controls in place to be effective stewards of donor funds. Although the QuAM is specific to Uganda, both San Martin and Gimbo suggested that such a tool could be mainstreamed throughout the sector to reduce onerous and overlapping donor vetting requirements.

Although USAID has acknowledged the value of existing indigenous knowledge, its funding policies have until very recently reflected the belief that local capacity must be built, rather than strengthened and supported. Evidence and experience dictate that local organizations have the capacity to implement responsive and effective programs. Indeed, they have a rich understanding of their local contexts, they can reach populations that international organizations cannot, and their continued presence in their communities is vital for sustainable development. Gimbo argued that donors should tap into this knowledge, examining and truly valuing the existing capacity of local actors, rather than assuming such capacity is not sophisticated enough to produce strong technical outputs.

San Martin stressed this  point, noting that donors often define capacity in their own terms, typically excluding local knowledge. She argued that local organizations have the technical capacity to implement programs, but they may not know how to craft programming that appeals to donor preferences and priorities. For example, San Martin noted, PEPFAR has been criticized for encouraging local organizations to implement projects in line with US objectives rather than community objectives. As donors like USAID define local and craft policies for partnership, their priorities should not displace local priorities. Doing so would undermine the highly contextualized knowledge and approaches that make locally-led development ultimately so successful.

Solutions: From Debunking to Dismantling Myths

It is not enough to debunk these all too prevalent myths; donors and international organizations must also work to dismantle them. For San Martin, this requires a sweeping shift in the mindset of donors and a willingness to unpack the power dynamics between funders and implementing partners. In many instances, this may require donors to increase their risk tolerance when working with local partners. Wijya encouraged donors to shift away entirely from viewing local actors as an inherent risk; they instead are vital assets bringing both value for money and greater possibility of sustainability.

If donors are to treat local actors as assets, they need to start by giving local organizations authority and ownership. According to Were, locally-led development cannot be achieved with local organizations acting solely as implementing partners to traditional, large INGOs. Instead, they must have the authority to design, implement, and manage funding for programming that makes sense in their local contexts. Gimbo argued that doing so will require USAID and other donors to explore new ways of doing business. Because the current system stymies meaningful progress toward localization objectives and hinders the authority of local partners, she urged donors to consider employing more flexible funding mechanisms and to “put the experience and needs of the people living in the community as the priority and make sure that solutions address multiple needs at once.”

For San Martin, the power imbalances between donors and local partners are at the heart of these challenges. Many local organizations have difficulty pushing back against donors, especially on program priorities or crucial financial terms like indirect cost rates. San Martin pointed to USAID’s new Local Capacity Development Policy as a recent and positive example of a donor moving in the right direction thanks to the power of collective, locally-centered policy advocacy. She argued that there is “power in what we can do collectively to push on locally-led development.” San Martin remarked in closing that INGOs should also “remember that we have a lot of capacity to develop ourselves…if we want locally-led development to work. We need to rethink how we work…because these myths did not come from nowhere and we perpetuated them knowingly or unknowingly.”

Humentum is committed to supporting INGOs as they rethink how they work and local organizations as they claim ownership of their programming and priorities. We believe in the power of collective action and will continue to convene individuals and organizations across the sector to advocate for policies that operationalize locally-led development. Debunking and dismantling harmful myths is just one part of this effort, but it is key to changing the narrative and generating collective buy-in and support for this important movement.

Join our next webinar on May 4