Overall Visibility Including Overhead in NGOs 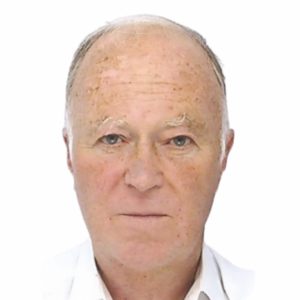 Most, if not all, NGOs have set up systems and procedures in order to provide financial reports to donors.

These reports basically show actual expenditure compared to the budget (or revised plan) and the variance. The variances are clearly shown and the Donor will request appropriate explanations. This may lead to revisions of the plan with changes to the program implementation , reduction or increase in the budget or other actions.

The donor reports may be monthly, quarterly or for other periods depending on the requirements of the donor.

Most of the expenditure is directly related to the program implementation.

However some expenditure is not directly related to the program implementation and is what is often referred to as ‘general overhead’ or indirect overhead’ or ‘Non Project Attributable Costs’ ( NPAC).

It has been widely recognised that an NGO, in order to survive, must find a satisfactory way to cover its general overhead costs. Failure to do so will inevitably lead to the financial collapse of the NGO. Some NGOs are fortunate enough to have funds generated by local fundraising, revenue generating activities or the generosity of members. Few have the possibility to build up reserves.

Recent developments have addressed this issue and it is very encouraging to see that some donors, such as DFID, are putting in place new procedures.

This article addresses the often neglected issue of how an NGO should track and monitor not only individual grant expenditure but also its overhead expenditure and even more importantly the overall financial performance and situation.

Most small and medium NGOs produce the required Donor reports, but do not produce a regular internal report to show the overall performance of the organization.

The Finance Manager may keep track of overall expenditure using ad hoc type summaries, but it is rare that a regular formal report showing the overall financial performance of the organization is produced and made available to Senior Management and the Board.

Great attention is given to the donor reports and the expenditure variances, but the overhead costs are often left to be ‘looked after’ by the Finance Manager who is expected to ‘juggle’ the available funds and make sure that the essential expenditure is covered. Often, when overhead expenditure is made, the first question is ‘which project can I charge this to?’  Many Finance Managers appear to do this successfully but it can involve delaying expenditure or late payment of suppliers or even the cancellation.

What is proposed here is an internal report, which should ideally be monthly, to show management the funds that have been received in the period, how they have been used, the available balance at the end of the period and the  organisation’s available funds to pay for general overhead.

This kind of report may seem somewhat complicated at first glance, but when looked at more closely it can be seen that all the required information is easily available and once the report format has been set up it will be an easy routine task to produce the report.

Separate bank accounts for individual donor funds and the organization’s ‘own’ funds would make this easier, but this is not always possible or desirable. However, even when different donor’s funds are in the same bank account, the individual movements are identified and tracked either within the accounting software or elsewhere.

For those who look at the report, a few comments:

This is just a basic outline of how the report should look.

The report is cash based. It is designed to give senior management visibility by an overall synthesis of the organization’s financial situation. Each of the components will be detailed further by other reports such as donor reports and also an ‘Overhead report’

Discover our course on Donor Funding