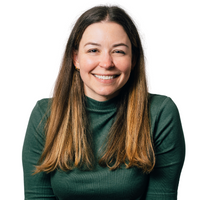 On the coldest, snowiest day of November that the DC area has seen in over 30 years, I took my first outdoor RSM training, ironically called Level 5 NGO HEAT (Hostile Environment Awareness Training). RSM has been a Humentum industry partner for almost 10 years, meaning their services come recommended by our members, so we endorse them and they in turn offer special deals on their trainings to our members. Their trainings, as the title suggests, enhance personal safety and security awareness that is critical for an effective duty of care program at international relief and development organizations. RSM is unique in that their HEAT and Female Security Awareness courses are recognized under the City and Guilds ‘Assured’ program – as such they come certified by an internationally recognized 3rd party awarding body. Protecting people by building knowledge and developing practical and real-world skills through highly interactive and immersive learning programs is their specialty. They often do exciting sessions at Humentum’s Annual Conference, which I had attended in the past. This time around, I was in for a real education on security and risk management in conflict zones.

My participation was inspired by the recently completed Pandora, an open air training facility on 90 acres of land in rural Virginia that is the only civilian-operated simulation center of it’s kind. Naturally, I couldn’t wait to see it.

The training kicked off with an indoor day at the RSM office where we met the trainers. All the trainers have impressive international experience in both the military, military or intelligence services – but also critically with working specifically with the humanitarian sector. Each went through different presentations and activities on topics we would need once we got out into the real-life simulations –day 2 and 3 of the HEAT training, at Pandora. The topics covered were extensive and gave a really great overview of the basics for navigating a hostile environment: The psychological reactions to threat, getting to a decision point quickly, what to do when an active shooter is loose, the difference between real cover and visual cover, and basic emergency medical care like stopping bleeding and tying a tourniquet.

My biggest takeaway on day one was the point they kept coming back to: nobody can prevent themselves from panicking in an emergency situation, but what you can do is train yourself to get from denial to deliberation to decision faster. And that ability to decide faster is what a training in risk management can provide. It struck me that day 1 is likely where most trainings on this topic start and end – in a classroom, with some hands-on activities and demo work. But this was not your average risk management training.

On day two I arrived at Pandora early. The second you arrive to the enormous site you’re embedded in the world they’ve created. The RSM crew has realistically constructed its outdoor areas to create a whole mini civilization: a checkpoint (the entrance), a tented refugee camp, a village with shops, a community center, a restaurant and medical center, customs and militia checkpoints, a a UN base, market stalls, a medical center, and more. There are signs and graffiti to mimic different terrorist groups active in the area and signs of weapons and warfare in the design. We were introduced to the center, walked through some safety and participatory instructions, and divided into groups. Throughout the day we rotated in our groups to different parts of the center where we acted out different scenarios. The purpose of day 2 was to prep us for the full immersion day 3, where our trainers would no longer be our trainers – they’d be fully in character as local militia, hostile groups, etc.

We learned about how to duck for cover and escape during a shootout (even got to shoot a gun with blanks ourselves), how to defend ourselves from attack, how to escape wrist and ankle restraints, how to navigate an illegal checkpoint, the risks of carjacking, and how to avoid, detect and escape a mined area. The day culminated in the event we’d been building to all day. Our trainers turned into captors and did a mock kidnapping simulation where we were hooded and forced at “gunpoint” to lay on the ground, kneel, and crowd together on the ground with our captors yelling and whispering threats, shooting guns, etc. It felt real!

Even though you knew it was a test scenario, it got the heart pumping the way it would in a real-life situation. I found myself falling back on the things we’d just learned about staying clam, staying down during fire, following instructions, looking for cover, etc. You realize how comforting it is to hold someones hand during a situation like that and know you’re in it together. This portion of the day was as much an emotional preparation as it was a tatcical one if these skills are ever needed in real life. Watch the video above for some arial views and live footage of this part of the training.

After day two’s grand finale, I was wondering what could possibly top that in terms of a true immersive training experience. The RSM team was just getting started, and they had a little help from mother nature with that “risk” factor. The weather was helping provide an all-too-real threatening situation when it plummeted to 28 degrees and started heavily snowing at about 7:00 am that morning. We got to the office and were divided into teams with fake passports for each of us and a mission: to secure medical supplies for a refugee camp in a hostile area with lots of conflict between the local militia and the fringe terrorist group operating there. We were to start at the UN mission base and get as much information as we could about the area and the latest events, then go from there.

The minute we arrived we were not greeted with open arms, and we were no longer trainees. We were program officers and humanitarian aid workers coming to do a job. Our trainers were the UN station employees, the terrorists, the local population, and the militia. We were ordered out of the car and were searched, questioned, the whole nine yards. After each scenario we encountered as groups, the trainers would temporarily stop and give us real-time feedback about what went well and what didn’t.

The scenario I found most valuable a setup where my group encountered two women who needed medical assistance (played by professional role players – these people could be TV actors!). We had tried to help them using the medical tips and precautions we had been taught. Everything we did medically was fine, and the trainer watching even told us after we had also been very socially aware about the local context in asking the men in our group to leave the room so we could check her head under her hijab.

But what we hadn’t anticipated was how it would look to a local militiamen who came on the scene after us when we couldn’t answer any questions about what happened before we arrived, or how torn we would be about wanting to continue helping the women even after he told us to back off (at gunpoint). We were trying to figure out the facts ourselves – and it made us looks suspicious to someone already suspicious of our presence in the area. I can imagine this scenario occurs all the time for international NGO staff in conflict-ridden areas. The way we fumbled and even sort of argued with him was something that would have escalated the situation in real life. Keeping our hands visible, moving slowly, etc. was all very important. And the most important lesson is that once he started ordering the women around with a gun, we had to back off – evevn though it didn’t feel right. Sometimes knowing what to not do is more important than knowing what to do!

This was one of the most memorable trainings I’ve ever taken. It was jam-packed with important, potentially life-saving mental and physical tools. It was also a great adventure! Most of my fellow trainees were people working in program management and implementation for the large international NGOs that make up Humentum’s membership: Jpheigo, ADRA, FHi360, Global Communities, Oxfam, RTI, TetraTech, Women for Women, and MSH, as just a few examples. They will have a lot more real-world use for these tactics than I will on the job (I hope…). Within today’s unstable and increasingly volatile world the humanitarian aid and development community faces increasing challenges as it operates in remote, dynamic, and often challenging environments. If you work for one of our member organizations and work internationally, especially in unstable areas, RSM Security and Risk Management training might be something to look into. They have new sessions starting almost every month this year – checkout the links below for more information.  You can also host your own course!