One INGO’s Journey to Work Themselves Out of a Job 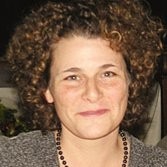 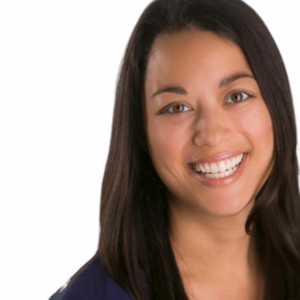 As the sector faces a paradigm shift, many organizations with forward-thinking leadership are doing some soul searching. “What role will my organization play going forward?” and “What will it mean practically for our business and funding models?” are questions that are top of mind. These conversations will play out amongst the Humentum community in the safe spaces we create, strategy sessions, and board rooms. Decisions will be made based on assessments of what is right and what is sustainable., There are already signs of organizations moving from ideas to operationalized transformation along a spectrum of change options within the INGO community.

In October 2021, Health Alliance International (HAI) announced its intentional dissolution. Shortly after the announcement, I sat down with Tracy Woodman, Deputy Director of HAI, to learn more. Understanding the decision-making process and the conditions that enabled it to happen will prove instructive to all INGOs contemplating how they will choose to operationalize change, in whatever form that may take.

If you ask Tracy, she will say, “HAI was uniquely positioned to make this decision.” HAI’s mission, tradition, and practice were always very rooted in place. HAI worked primarily in only three countries throughout its 35 years: Mozambique, Cote d’Ivoire, Timor-Leste, with 20-30 years in each country.

The organizational approach was one where headquarters worked very closely with local partners, relying on deep partnerships with existing public health systems. Because of this strong belief in the need to have relationships in the communities where they worked to be truly effective, HAI never tried to replicate projects in different locations like other INGOs. At its core, HAI nurtured a place-bound model deeply rooted in the few countries it operated.

It was also an organization where staff loyalty was prominent, and HAI maintained a high retention rate since its founding. Many employees were with the organization for more than 10 years.

Despite successful programs, HAI found it increasingly difficult to maintain its mission and model in the changing funding landscape over the past years. The trend towards mega grants and contracts to large global health entities and the positive development of preferential donor terms toward funding community-based NGOs made it harder to compete for funding as a medium-size internationally operating nonprofit. Tracey said that all of these factors set the stage for a discussion around dissolution.

We had to start to think ‘where do we want to throw our time and energy and resources for the long-term sustainability of our work and its impact?’ It became clear that the work could happen without us.

In this changing funding environment, in-country staff were starting to see opportunities pass by the organization because HAI was not locally-based. This didn’t make sense: the staff operating in these countries were locally-based. Maintaining the INGO structure was holding locally-based staff back from competing for funding,  thus having a greater impact.

A few years ago, staff in Mozambique and Timor-Leste, started forming local NGOs, with HAI’s full support. These new organizations, Comité para a Saúde de Moçambique (CSM) in Mozambique and Asosiansaun Hamutuk Nasaun Saudavel (HAMNASA) in Timor-Leste were fully independent rather than subsidiaries of HAI.

In early 2021, HAI received the news that one of its primary funders would not be releasing a new round of funding for one of their largest projects; instead, it planned to transition funding to local NGOs. Tracy described this as a wake-up call for leadership at HAI. They could sit back and watch their work become less and less relevant due to fewer opportunities to execute the mission, or they could use their resources to invest in the community-based teams in Mozambique and Timor-Leste that had already set themselves up for success.

It’s a real mind shift to think about ‘what is it like if this organization no longer exists’?

Although the idea of working more though its staff-founded local NGOs had been part of HAI’s vision for some time, it wasn’t until March 2021 when a focused discussion took off about dissolution and transferring all operations to CSM and HAMNASA. These discussions included leadership from both organizations from the start. Collectively, they made a workplan and worked with HAI’s Board of Directors on the strategic direction. Tracy said it was met with support when they framed the conversation as a mission-critical move.

Leadership also approached funders to explain what HAI was doing and why: some immediately got on board and were fully committed, while others took more time to be convinced. In the end, HAI’s negotiation was a huge achievement, agreeing with existing funders (which included bilateral agencies, universities, and foundations) to end HAI awards, while at the same time putting in place new agreements for the continuation of projects with direct funding to CSM and HAMNASA.

As of October 1, HAI is no longer managing active awards in Mozambique and all HAI awards ended in Timor-Leste on November 1. HAI’s national staff in both countries (~ 70 people) were all rehired by the locally-based NGOs (CSM and HAMNASA), after being laid off with severance from HAI. Former HAI country directors Xylia Ingham and Dr. Isaias Ramiro are now the Executive Directors of HAMNASA and CSM, respectively. In early 2022, HAI will be completing its final closeout as a corporation and conducting final audits. While keeping morale and motivation going has been a challenge given the staggered layoffs that have been necessary at HAI’s headquarters in Seattle, Tracy said headquarters staff have remained remarkably and deeply committed, knowing they are “truly working themselves out of a job.”

For the transition to really work, there needs to be a donor shift. Donors have to do more to explicitly support the administrative and proposal development capacity building that needs to happen for local NGOs to thrive.

The greatest challenge HAI sees to this future is a disconnect between the language of funders and a lack of targeted financial resources to help locally-based NGOs increase administrative capabilities to handle the necessary donor compliance requirements. When donors fund knowledge-sharing, they are usually focused on the technical side, not the operations side. (This is where Humentum training comes in handy!)

Tracy believes organizations will adapt to where the money is and morph to what donors want—it’s what they’ve always had to do. Organizations are organisms, and they tend to fight to stay alive.

Write for the blog