Home Blog & Media What if Survival Wasn’t the Goal?

What if Survival Wasn’t the Goal? 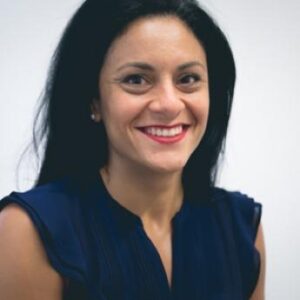 The following is an excerpt from Director of the New Humanitarian, Heba Aly’s, keynote address at the launch of Humentum’s OpEx365, a year-long series of virtual learning and networking for the global development community. Heba’s engaging talk set the tone for the meaningful discussions we look forward to having at OpEx365 this year! Watch the full video below.

This year is The New Humanitarian’s 25th anniversary. We thought it was a good time to reflect on how crises have evolved over the last quarter of a century; whether aid has delivered on its promise, and what lessons can be drawn for the future.

This year the pandemic overwhelmed healthcare systems—and dramatically challenged the way aid is delivered on so many levels. It hit funding models hard and led to a series of operational complexities. And of course, the resurgent Black Lives Matter movement led to another moment of reckoning for the sector in which we’ve seen humanitarians asking themselves: to what extent are we equipped to relieve suffering in the west? Does racism exist within the humanitarian sector? And more fundamentally, to what extent is the sector part of or even propping up a world order that for many is designed to keep power and resources in the hands of some people and countries, while keeping other people poor and powerless?

As I see it, both COVID-19 and the Black Lives Matter movement have identified or re-exposed structural problems at the heart of the aid endeavor. Operationally, financially, and ethically—the current model has reached its limits.

Parachuting or surging people into a crisis works when there is one crisis or a few crises at a time—that is not possible when the crisis is everywhere, hitting everyone at the same time. The parachute isn’t big enough, as one person I once interviewed said. We saw that with COVID-19 where both the aid industry but also governments were completely overwhelmed. And it will be 100 million times worse when climate change picks up speed because we will have a crisis engulfing the entire world at a scale of which the sector is not equipped to deal with. There’s also the much bigger question of whether that model is appropriate when crisis becomes the norm.

What is the roadmap for the way forward? Here are some ideas to think about.

I will also share a few ideas from Stephanie Kimou, founder and lead consultant for PopWorks Africa, on the decolonization of aid.

More broadly than decolonization—how do you abandon competition and the obsession with staking your ground and space? In the Netherlands, the Dutch Relief Alliance, a coalition of 15 aid and humanitarian organizations in the country, were essentially forced by the government to unite under a network. To access government funding, they must together decide in any given crisis who is best placed among them to respond. Rather than all the agencies going in, they must pick two or three that have the greatest added value in that particular crisis, and they do that collectively as a group.

Where to from here?

What if you tried testing the hypothesis that with a smaller size and less funding, you could actually maintain or even grow your level of impact? And if that was your goal, how would you go about doing it? So often I hear NGOs talking about survival—we have to survive, we have to figure out how we keep existing. What if survival wasn’t the goal? What if you were to start with a clean slate and say, what is the most effective way to alleviate suffering whether or not I am part of the answer? And be open to the answer to that question.

Write for the Humentum blog